“Just do it…If I’ve done the research and am on the fence about doing a certain task, I just do it and see what happens. I like to test things and that’s really helped me grow quickly.“

Taipei, Taiwan. One of the greatest places to live with amazing people. The food is amazing too. I love being able to get around without the need to drive a car. Public transportation goes everywhere.

I’ve been dabbling in websites ever since AOL CDs with free hours of internet access were a hot item. Back then, it was cool to figure out how to put a counter on your website and then refresh the page to see if anyone’s visited.

But with SEO, niche sites, and making money online, I dabbled in the late 2000s, but never got anything going by “just posting.” Google Adsense was the way to monetize at that point.

Back then, people said “if you post it, they will come.” People still say that now to attract newbies, but that’s just not the case.

Yes, you need to get off your butt and get started writing, but there needs to be a direction and goal in mind before writing articles.

Don’t “just write” because that post may go nowhere and now you may be more dejected than before.

It wasn’t until about the late 2010s that I learned about SEO and more about the various opportunities to make money online. I started with some dropshipping and had mild success there, but then my Facebook account got banned. Was never able to get another Facebook account to work consistently, so I turned to niche sites.

3. Are you a full-time Creator?

4. What was the “Click” that made you decide you can make full-time money online?

When I hit Page 1 of the SERPs with my first site for my first keyword. That was when it clicked that SEO and niches sites were an opportunity to make money online.

5. How many niche sites or online businesses have you created?

Around 20, not including Niche Surfer and the recently launched Topical Maps.

6. How many are you still running now?

7. Have you sold any sites or online businesses? And what was the ROI like?

1 – I built one from scratch and sold it for $3,500 after about a year, because I didn’t like the niche anymore. I spent about $200-300 on that site for some content. I wrote the rest of the articles. There were around 35 articles altogether.

2 – I purchased an affiliate site for $500 in a small niche with 9 articles on it. I rewrote all the articles and they all ranked pretty quickly. Sold it for $45,000 about 1.5 years later. There were 72 articles at the time of sale.

3 – I started an affiliate site and sold it for low 6 figures after about 2 years. It was monetized through affiliate and display ads. Had just over 200 articles at the time.

8. How many sites or online businesses have failed or not gotten going?

I like to create sites using different methods to test things, so they often don’t have much success. I don’t like to perform potentially harmful tests on sites that are doing well. So I have some sites that are there just for me to test different things.

I’ve fully taken down about 3-4 sites, but the rest are just sitting there. If they ever do anything, I’ll work on them in earnest. Until then, I just let them sit live and use them to try different things if I need.

9. How much are you earning each month?

10. What are your current streams of revenue?

11. What are your Top 3 on-page SEO strategies?

1. Write in Topic Clusters – Be an authority on that topic. It’s not just for Google either. It’s also for your readers because you’re providing them a complete look at topics.

When you write in clusters, you’re actually learning so much about that topic that the later articles will be a breeze to write. You’re becoming more and more knowledgeable with each article you write because you’re doing the research as you go.

When it comes to anchor text, be sure to vary the anchors and not over-optimize with the same anchor text.

3. Topical Maps (of course!) – Topical maps are technically part of keyword research, but I’m including it here because they’re a major driver of the above 2 and other on-page/technical SEO factors.

A good topical map will give you clusters, internal links, and anchor text. It’ll also help with site architecture and prevent keyword cannibalization.

Not enough time is the biggest issue for me. I get wide-eyed with all the shiny, new things out there, but don’t have enough time to do everything. I have VAs, but it’s also hard to get a delivery that would replace what you do.

That’s also on me. I’m pretty particular about how things look and are done when it comes to something that a reader or client will see.

When it’s something internal, it’s not as big of a deal. They’re able to get me 70-80% of the way there and that’s very helpful.

14. What has been the biggest mistake you made?

Most recently, it was trying to rank AI content from a company that promotes AI content + Human editing (they called it Cyborg Content Creation). There wasn’t any human editing of the content. Had so many issues with the articles (and many delays).

Oh, and they were supposed to have done Surfer SEO optimization. Pretty sure that didn’t happen.

Articles had so many repeated paragraphs in the articles themselves. Their keyword research also resulted in nearly duplicate articles a few times too.

But I didn’t have the time or desire to edit every single post. So I just published what they put up on WordPress.

I was testing to see if the power of backlinks can overcome the content. Didn’t turn out well in the last round of September Updates.

Wasted $1,000 (it was ordered with RocketContent.ai) and time – which is more valuable than the actual money.

15. What has been the best decision you’ve made?

One of the best decisions is allowing myself to delegate to VAs and writers. They have saved me so much time and I’m able to focus on other things to grow the sites and businesses.

16. What’s one thing that you felt accelerated your journey the most?

That mindset has really propelled me forward.

Earlier, I did say not to just write, but that’s because many people do not do the research.

For those who have done the research, but have trouble pulling the trigger, this is who “just do it” is for.

If I’ve done the research and am on the fence about doing a certain task, I just do it and see what happens. I like to test things and that’s really helped me grow quickly. When the tests are positive, I’ll implement across my sites and help them grow.

I will pivot quickly too. If something’s not working, make a change and go.

18. How do you stay up to date on SEO, affiliate marketing, display ad, and other news?

Mostly my Feedly feed of many different sources. I’ll go through the different articles and share any that I think will be helpful to others in SEO and building niche sites.

19. What do you eat or drink for fuel to keep going?

Coffee. Black. Lots of it.

Many people have been asking me about the topical map service and if there are any samples to share, but there haven’t been. I’ve been creating client orders ever since I did a soft launch, so didn’t have the time to create one fully to share publicly.

But I have good news on that front.

I was talking to an agency this past week who is okay with me sharing something I create for them! So that means once the topical map is finished for them, I’ll be able to share a topical map to allow others to see what they are.

I’m also going to start working on a long-term case study with a couple of other people that we’ll be sharing publicly as well. This site will involve some interesting things, as well as a Topical Map.

We won’t be sharing the domain and niche initially, but we will share them eventually. We want the site to grow naturally.

The case study is one I’m really excited about. We’ll announce it soon enough!

Check Out These Other Niche Creator Q&As 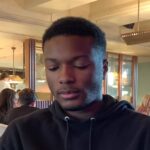 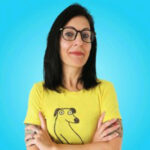