“I’ve tried all sorts of make-money-online schemes…They all can work; it’s just a matter of knowing the formula to get there. It turns out the formula is to create more.”

Kansas City. I don’t know if it’s perfect for content creators, but it has four seasons and isn’t expensive. Someday I’ll do the digital nomad thing, but I can’t leave the cat behind.

I got my start in 2014 after I left the Marine Corps. A quick search for “how to make money online” led me to an AskReddit thread about publishing ebooks on KDP. I did that for two or so years before taking one of the non-fiction books I wrote and converting it into a website in 2016.

3. Are you a full-time Creator?

Yes, since earlier this year when a contract role ended and I decided not to pursue another. If SHTF, I won’t feel ashamed of picking up a new contract.

4. What was the “Click” that made you decide you can make full-time money online?

Knowing it is possible and then figuring out how to get there. I’ve tried all sorts of make-money-online schemes, from doing print-on-demand and ebooks to niche sites. They all can work; it’s just a matter of knowing the formula to get there. It turns out the formula is to create more.

Plus, I’ve always hated the dog and pony show that is corporate America and the frugality to the point of detriment found in SMBs. It turns out that hate is a pretty good motivator.

5. How many niche sites or online businesses have you created?

Dang dozens. Too many. I’ve filled a digital graveyard with expired domains. How many have actually made at least a dollar? Significantly less.

6. How many are you still running now?

I keep tabs on 6, with 4 of those being new programmatic SEO sites/experiments. The other 2 are more or less in maintenance mode after ‘maxing out’ the content while I explore these new sites.

7. Have you sold any sites or online businesses? And what was the ROI like?

Neither case was worth it. The first one was sold for WAY under what it should have, and the second, I can still see how much it earns every month, which makes me sad.

But in both cases, I took the sites as far as my skills could.

8. How many sites or online businesses have failed or not gotten going?

See above question 5 about the digital graveyard.

9. How much are you earning each month?

10. What are your current streams of revenue?

11. What are your Top 3 on-page SEO strategies?

1. Most of the standard on-page optimization stuff, but I’ll be honest, I’d rather create more content than go in and edit meta descriptions and alt-descriptions on images. When I get slapped with an ADA violation, hopefully, I’ll earn enough a month to make it go away quickly.

3. Answer the intent early. If it’s an affiliate post, that means putting a summary box at the top. If it’s a question, answer it in the introduction or after the first h2. Transitioning from trying to make money online to trying to be genuinely helpful is a game-changer.

Analysis paralysis but not in the I-just-started sense, more like with my discovery of programmatic, it’s the sheer volume of opportunity.

I have a list of 20 topics I can cover today. It’s tough to pick one and run with it. But I’m battling that by making a big site where I can cover many topics.

Beyond that, it’s knowing that there is an easier way to do some things but not knowing exactly how to do them (yet).

The one I’m using a bit more lately is Jasper, but not just to blast out AI-written articles. I’m using it for rewriting, the content summarizer, and the feature-to-benefit tool.

Canva for all my image needs. Having all those assets inside the editor keeps things in one place, which I like. I don’t have to download from one site and reupload.

No consistent SEO tool subscriptions, but I’ll snag Ahrefs for a month when I need it.

Regarding programmatic creation, Sheets and WP All Import are my jam.

14. What has been the biggest mistake you made?

My favorite mistake was when I started translating a site and tried to publish a few thousand new posts very quickly. That bricked the server for 42 minutes, and I created automation to share new posts to subreddits I created. That’s harmless when you’re publishing 1, 2, or 3 posts a day.

It turns out that when you submit three thousand submissions, you get your account and your subreddits banned.

Another big mistake I made was when I started my second site. It was a streetwear clothing website, and I focused on new brands. It turns out most of those brands are started by high schoolers or college students in their dorms.

They don’t have money.

Monetization was more or less nonexistent. I was pretty popular in this little sub-niche, but likes don’t pay bills.

15. What has been the best decision you’ve made?

Breaking free from the constraints of SEO ‘best practices.’ Experimentation has led to the most significant gains.

Producing content based on intuition and not only keyword data. This has yielded fantastic results where I rank 1st for a topic with thousands of searches every week and virtually no competition.

16. What’s one thing that you felt accelerated your journey the most?

Builder Society. It’s a forum for niche site creators. There are a lot of helpful members on there (not me).

Realizing that the most significant part of SEO no one talks about is nuance. Advice given to you could be wholly inappropriate if you don’t know the niche where the advice comes from. Shoot, you could take two sites in the same niche running the same content strategy and see wildly different results, all other things considered equal.

Additionally, taking on a contract role outside of SEO. In my case, CRM management. I could command a full-time rate while only working a few hours a week at home, and it was outside of content creation, so there was no burnout. I could reinvest in the site(s). That allowed me to reach a full-time income.

I’ll get past the $30k/mo mark, which I set as my milestone before I can get more tattoos. After that, I’m getting absolutely blasted.

With that, $10k coming directly from businesses advertising on-site and not through display ads or affiliate offerings.

18. How do you stay up to date on SEO, affiliate marketing, display ad, and other news?

I don’t keep up with what X publication or Y guy says. You can check who I’m following on Twitter, it’s mostly people in the trenches getting after it.

19. What do you eat or drink for fuel to keep going?

Get off the computer and lift some weights. Or at least hit a lap around the block for half an hour. If you’re ever troubleshooting and can’t come up with a solution, that may help. Plus, your back will feel better. I know your back hurts.

Create a website you don’t give a shit about. Experiment with it. Blast it with f-tier content. Put 400 affiliate links on a page. Throw that hail mary. Discover some proprietary information. You’d be surprised how many ‘outdated’ tactics still work well today.

If I could give any advice to someone just starting out in SEO, it would be to not rely on SEO. It’s a devious trap where you think every piece of content needs to rank, you’re afraid to share content, and you think waiting 6 months for traffic is the norm. It doesn’t have to be that way. I promise. Traffic leaking is still a thing.

If you want to be put in a stressful situation that helps you out immensely, spend three months cold-calling. Damn, that shit sucks, but you become fearless.

If you want some serious dopamine/serotonin/feely goodies, go to the gym and hit your 10-rep squat max for 20 reps.

Seriously, hit a lap. I promise you, no other tidbit on this page matters as much as this one.

Check Out These Other Niche Creator Q&As 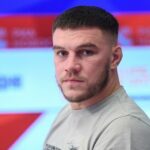